Steam is having yet another insane sale (after the pre-xmas-sale, but before the new-years-sale). I played Mass Effect 1 and loved it, and playing Mass Effect 2 has been on my list for a long time.

This journal chronicles my attempts at the Purchase of Mass Effect 2.

But I don’t need it right now, I should sleep over it. Contemplate the purchase. After all, I still have several games I haven’t touched (Super Meat Boy, VVVVV, Aquaria). Mass Effect 2 will probably be discounted again in the future, perhaps for even a better price.

I decide to sleep over it.

05:48 hours left
I can get the “Digital Deluxe Edition” for the same price as the not-deluxe normal game. Neat.

04:58 hours left
The Cerberus Pack, which I get automatically with Mass Effect 2, will grant me access to about half of the available DLC. But I still want the rest (the story-related stuff. I don’t care about the cosmetic things or the unbalanced extra-weapons).

04:48 hours left
Mass Effect 2 DLC cannot be bought with any known Earth Currency (apparently Bioware have never heard of this “Earthen Dollar” or the “Terran Euro”). Instead it requires these so-called “Bioware Points(TM)”, which I can buy with my monies, before exchanging those in trade for the rest of the game I would like to play.

Also, it appears that these “Bioware Points(TM)” aren’t based on the hexadecimal system, but instead use the number 8 as a basis (whatever that is called). I will have to employ more than the usual amount of math for this transaction.

04:32 hours left
Have to do other, real-life-related stuff. But I still have 04:31 hours left, so there is enough time to figure this stuff out.

00:59 hours left
There is not enough time to figure this stuff out. Crap.

00:58 hours left
All DLC combined will cost me 2560 Bioware points. This includes the cheap-o cosmetic and game-breaking-weapons updates. Without these, it would be 1920 BW points.

I figure that if I have to get Bioware Points, there will be an excess, which I might as well spend on this stuff. So, how much Euros will I have to bleed to get the actual, full, Mass-Effect-experience?

00:54 hours left
Apparently there is no information to the prices of Bioware Points ANYWHERE on the website. This will require more research.

00:47 hours left
My fourth search-query, aptly titled “how much do bioware points cost” (after “what the hell do bioware points cost” failed miserably) leads me to a steam-forum post, detailing, that I can purchase Bioware Points in packs of 400, 560, 800 and 1600 points, for several increasing dollar-amounts. (who though of these numbers anyway?)

Unfortunately, this says nothing about the european prices. Of course I could just google international exchange rates, but the probability is good that it could be anything at all.

What will I have to do to find this out?

00:45 hours left
Turns out I have to sign up in the “Bioware Social Network”. That’s another level of log-ins, just after Steam, the Cerberus-Network, and the visit to the actual Bioware-site.

00:42 hours left
Signing up for the Bioware Social Club (or whatever it’s called).

When the hell did that happen? I can’t remember EVER doing anything here.

Ahh, apparently you can also log in with your EA-Account, of which I have already seven. WELL WHY DON’T YOU SAY SO

00:39 hours left
I am now a proud member of the Bioware Social Network, with all the spam this entails (note to self: update spam-filters), which also apparently shares log-ins with EA (like google and youtube do with each other).

… which in turn just creates another layer of half-shared logins between websites, and some mass-confusion.

Now to get Bioware space-money.

00:35 hours left
After failing to locate the “get space money NOW”-button, another forum-post tells me I have to go into the profile-settings, where I can chose to “add bioware points”.

00:34:07 hours left
“Please enter login data”. What? I just did 2 minutes ago! And I even pressed the “remember me” button, so I wouldn’t have to do this again. This website seems to specifically disobey the orders I give it.

00:33 hours left
For some reason, I land on the “Dragon Age”-part of the website. Fine. Whatever. Continue.

One good thing: Prices seem to be the dollar-amount translated into euros, which means it’s not automatically 15% more expensive just because I don’t sit in North America.

00:25 hours left
Using the amazing powers of maths I compute that I can get the interesting DLC (without cosmetic packs) for 18 eurobucks, and all of it for approximately 23.

00:20 hours left
After going through the prices in my head again I realize that Buying Mass Effect 2 will set me back at least 33 Euros, and 5 Euros again if I want the “actually complete full game with all stuff”-edition.

So I can pay more than twice of what I expected, or play some VVVVVV. 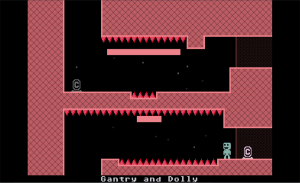 Derrick, the game I worked on at Daedalic, has finally hit the shelves.

It’s a hidden-object-game based on the famous (or so I’m told) german TV-series, and I guess it’s nice to being handed such a massive franchise to work with. It was a blast to work on this, especially with my talented, motivated and nice team (well done, guys).

Compared to similar games I believe I can say that we did well, and brought in some fresh ideas to advance the genre. 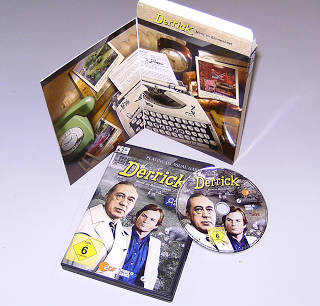 Stuff I worked on:

Several Level-Designs
The Majority of the mingames
General Game-Design
The Interface
Several graphics, wherever necessary

Also, I was the Lead tester, meaning I played this thing for three weeks straight. Fun Times.

Here’s some more screenshots of the game. Enjoy. 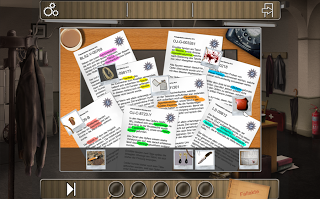 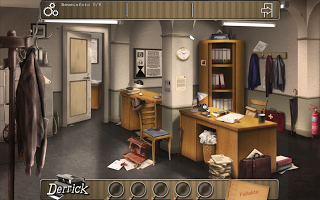